Jim and Karen’s adventures have taken them to the far north of Europe and a winter Christmas in London. Finally, they get a much-needed dose of vitamin D in the sunnier climes of the Pacific Ocean while cruising in Hawaii.

Finally, we get some sun and some warmth! If you have been following our travels you will know we have hardly had a summer this year. Everywhere we have gone over the last nine months in the northern hemisphere has had a bit more rain and cold weather compared to normal. So we were really looking forward to our new year sojourn to Hawaii for our good friend’s 60th birthday celebrations.

Along with the promise of warm weather there was also the promise of catching up with a lot of our friends who were also travelling to Hawaii for the birthday celebrations.

Probably four plus years ago Paula had announced that her 60th was going to involve a cruise around the Hawaiian Islands and we were all invited. So along with Paula and Jim’s immediate family a goodly number of our mutual friends started the necessary savings regime.

Consequently, when Karen and I finally put the line in the sand to do our 40 Years On, Take 2 tour of Europe, an added attraction for us was the opportunity that a trip to Hawaii offered in getting us out of the worst of a UK winter and away to some warmth. Little did we realise at the time how necessary this side trip was to become after so much cold and rain. 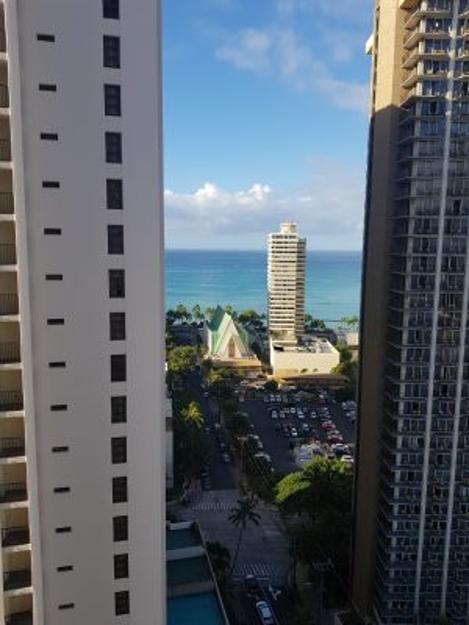 We flew out of Heathrow on the 28th Dec and landed in Hawaii effectively that night around 11pm. Immediately we were engulfed in the hugs and kisses of eight of our best friends who like us arrived a week early for the party so we could have our own pre-party. These were friends that we left in New Zealand nine months previously, so the catch up was very poignant.

The early arrival meant we could spend the next week in Waikiki and after such a long time away there was a lot to talk about, a few drinks to be had and a few late nights in the telling, all the time walking round in t-shirts, shorts and jandals…ahh the bliss! We used this first week to get as much sun and vitamin D into us as possible. 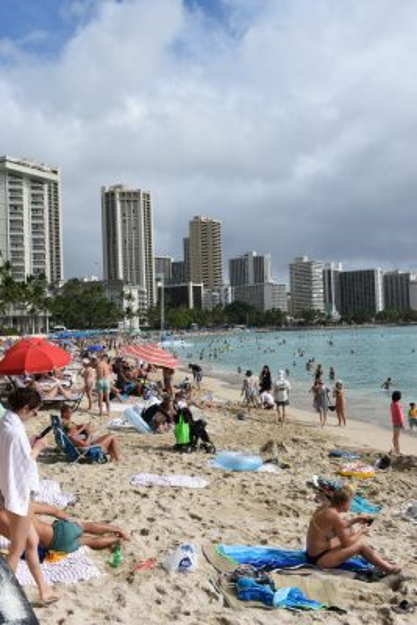 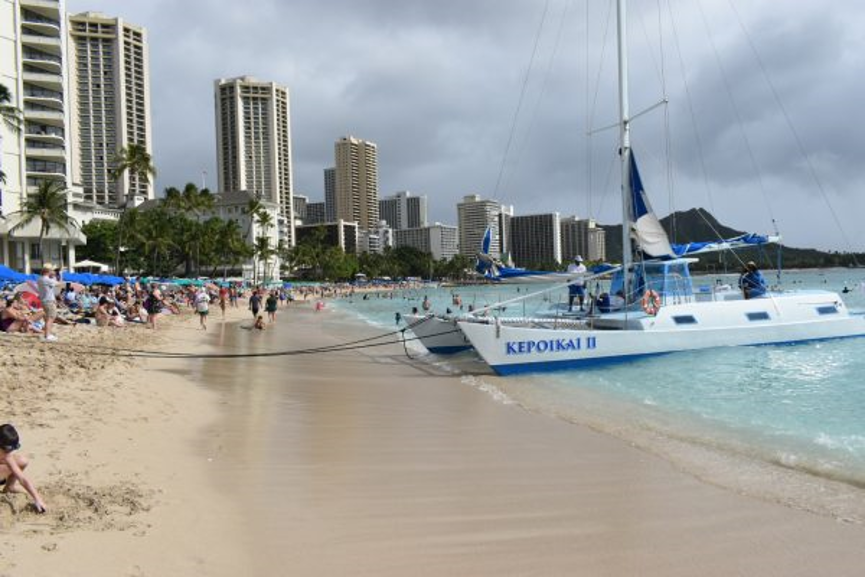 Walking up Diamond Head (with the crowds) and even a drive round Oahu to visit a few other beaches. 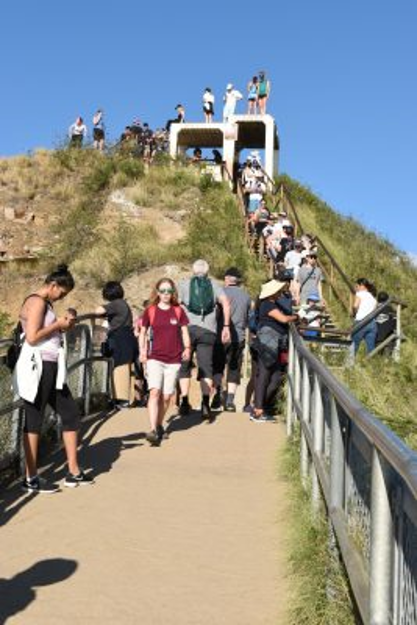 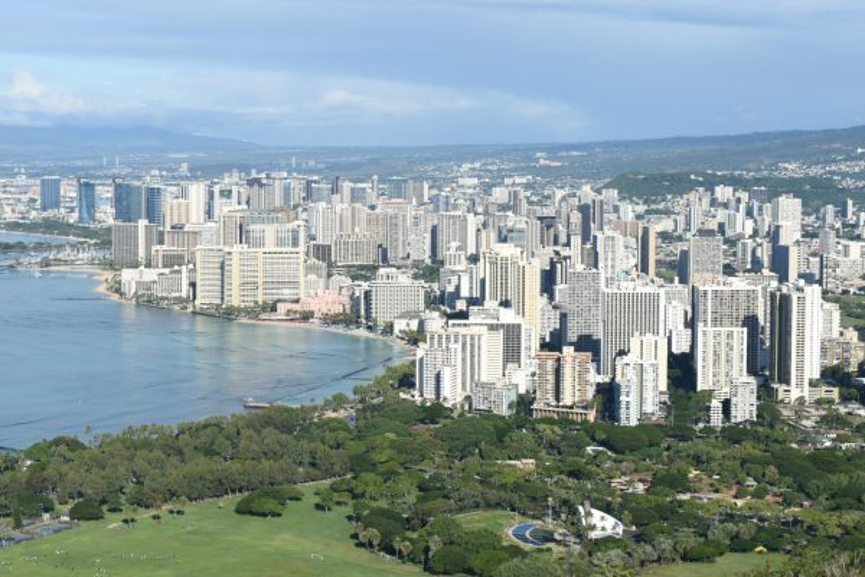 Waikiki around New Year is a busy place to be. As you can imagine all of America is gripped in winter as well and with the Christmas holiday break Hawaii and its regular 25 plus degree days becomes very appealing. This appeal also extends to a lot of holiday makers from Japan, Korea and China, and being the tourist destination, it is Hawaii caters to everyone superbly.

This would be the second time we have visited Hawaii over the Christmas New Year period, and I have to say it’s a great time to visit. Hawaii is not necessarily a cheap destination and the locals are very adept at charging for everything, plus they have the horrible tipping culture. But despite this it is a great place to visit, and with the combination of catching up with good friends there the pleasure is doubled. 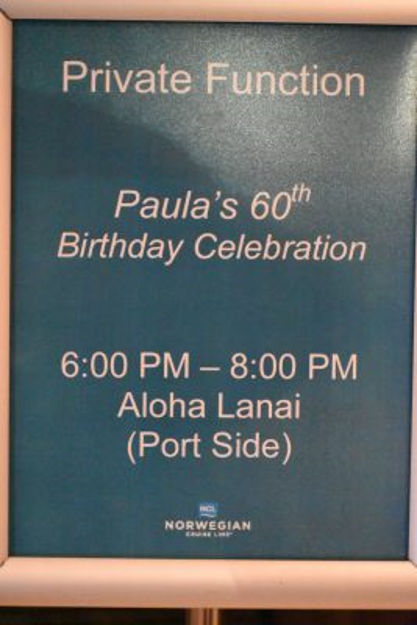 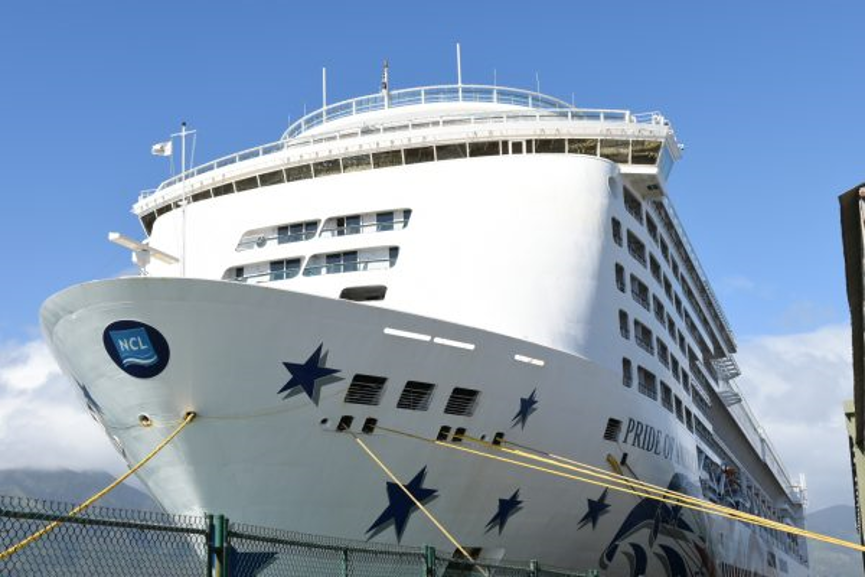 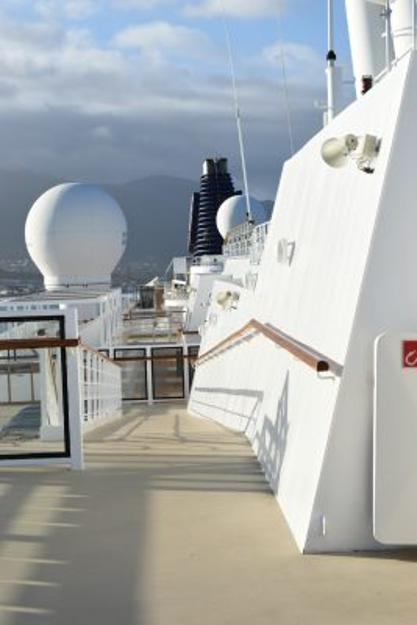 Cruising in Hawaii with Pride of America

The main reason for the visit, however, was for Paula’s 60th birthday party that was being held on the cruise ship “Pride of America.” This ship sails and returns every Saturday on a seven day Hawaiian islands cruise. It has been doing this for years and literally doesn’t stop its weekly cycle unless it has a scheduled maintenance period due.

Week in week out early Saturday morning it docks from the previous tour and one lot of passengers leave, then a few hours later the next weeks holiday makers board and off it sails again at 7pm. It is a slick well-oiled machine, designed to give you fun, food, booze and relaxation all in the one package. The Pride of America certainly delivers. From the moment you step on board there is somewhere to go, something to do, and food and drink is available.

The party group we were with involved 23 of us including a few of Paula’s grandkids and there were no issues accommodating everyone and everyone’s tastes regardless of age.

I would have to say that it’s a much easier life being a guest on the boat than it is being one of the staff. Because the boat essentially never stops touring the crew are on contracts working 7 days a week for anything up to 6-7 months at a time. No days off, no weekends, no holidays till their contract finishes regardless of whether they have a two-month contract or a seven month one. They are all working shifts and these shifts can be anything up to 8-10 hours at a time with them typically doing multiple shifts in a day. At the end of their day whenever that is, they crawl back into three-person crowded bunk rooms to try and catch some sleep. What a life – all just so we can have a cruise or order another Budweiser.

The Pride of America houses just over 900 crew and can hold a max of 2,700 passengers so feeding this lot over seven days is a mammoth effort. Food is available 24 hours, with the bulk of it eaten from the buffet selection and what a selection. Items change every day so it’s not boring and the quality is really good for this style of dining. As well as the all-you-can-eat buffet style they also offer a variety of themed restaurants. Some are free and others require an additional charge. Regardless there is definitely no shortage of places to eat. While I never got to find out how much food they typically get through in a week, it would be frightening.

For your drinks and activities, you have a swipe card issued to you – there’s no cash on this boat. The end result is it’s a really painless way of travelling – at least till you get the bill at the end! But I have to say it was worth it. All of us including the kids enjoyed the cruise and I would recommend it if you are considering something similar.

It’s always the little things you remember. On the cruise you have a dedicated cabin attendant for the length of the cruise, and ours was always delighting us each day when he made up the cabin by leaving an animal of some sort made out of towels. The others on our cruise party were not so lucky, so there was always huge daily interest from our friends on what wee animal we had next. 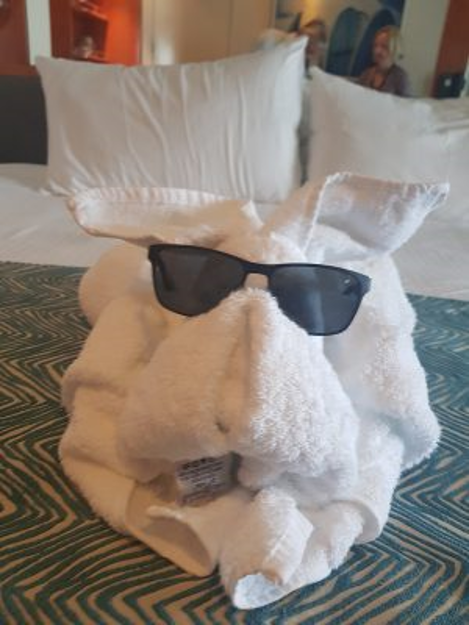 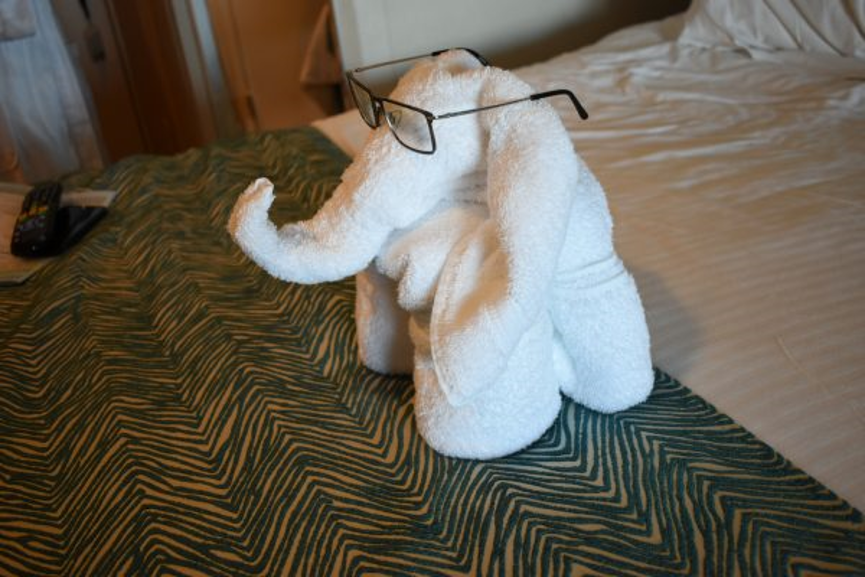 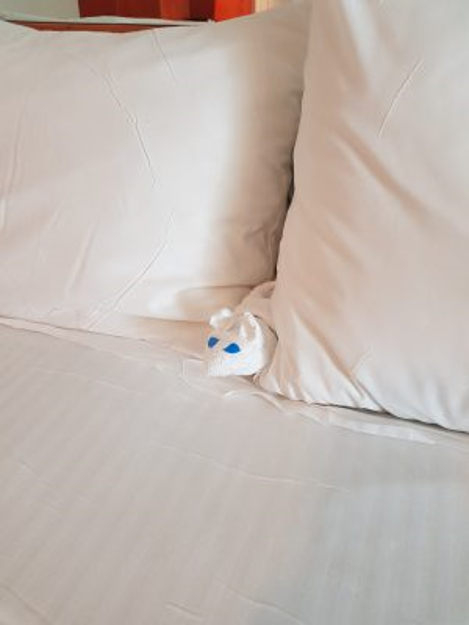 A few hints or tips to consider when cruising in Hawaii

Overall this cruise is a really simple relaxing holiday, that offers you the opportunity to do as much or as little as you like. Seven days is definitely enough for me, however. We loved it, loved the catchup with our friends after 9 months on the road, and really enjoyed the warmth, but it’s time once again to move on.  As I write this we are flying back to LA. We have another week in the States catching up with another friend, and then the adventures continue in a new direction.

Because it is still the depths of winter in Europe and we don’t feel like heading back to that weather just yet, Karen and I spent a bit of time planning on where to from the States that might provide better weather for another month or so. Eventually we settled on the Middle East.

So in a week’s time we fly into Tel Aviv to spend about 5 weeks travelling in Israel, Jordan and Egypt. While we are really looking forward to visiting this part of the world for its history, culture and scenery, we will need to be mindful of where we are following the recent incidents in Iran and Syria and how that can boil over into Israel in particularly. So all going well the next blogs will be a little different.

Wish us luck – but hopefully we won’t need it.

If you want to book a cruise holiday to Hawaii or anywhere around the world, World Travellers Riccarton are the cruising experts. Get in touch with us to plan your cruise, or explore the range of cruising options we have available.

There’s more to Belgium than just biscuits By Jim Davis   After canal boating and touring in a motorhome around the UK, Jim and Karen have arrived on...

CONVERSATION CORNER – Part Two – Lest We Forget – The Survivors