Sneakers! worn by almost every one imaginable, are the universal sign of cool. The tennis shoes, the running shoes, all kinds of shoes in the domain of sneakers are taking the fashion world by storm in terms of once being an item that was considered a lazy way of dressing. It is now acceptable to have a pair as a wardrobe staple. But as times change, so do the players involved. Yes, you may know what are luxury sneakers.

But what about the high rollers in luxury you may not have heard of?

I’ve got you covered: 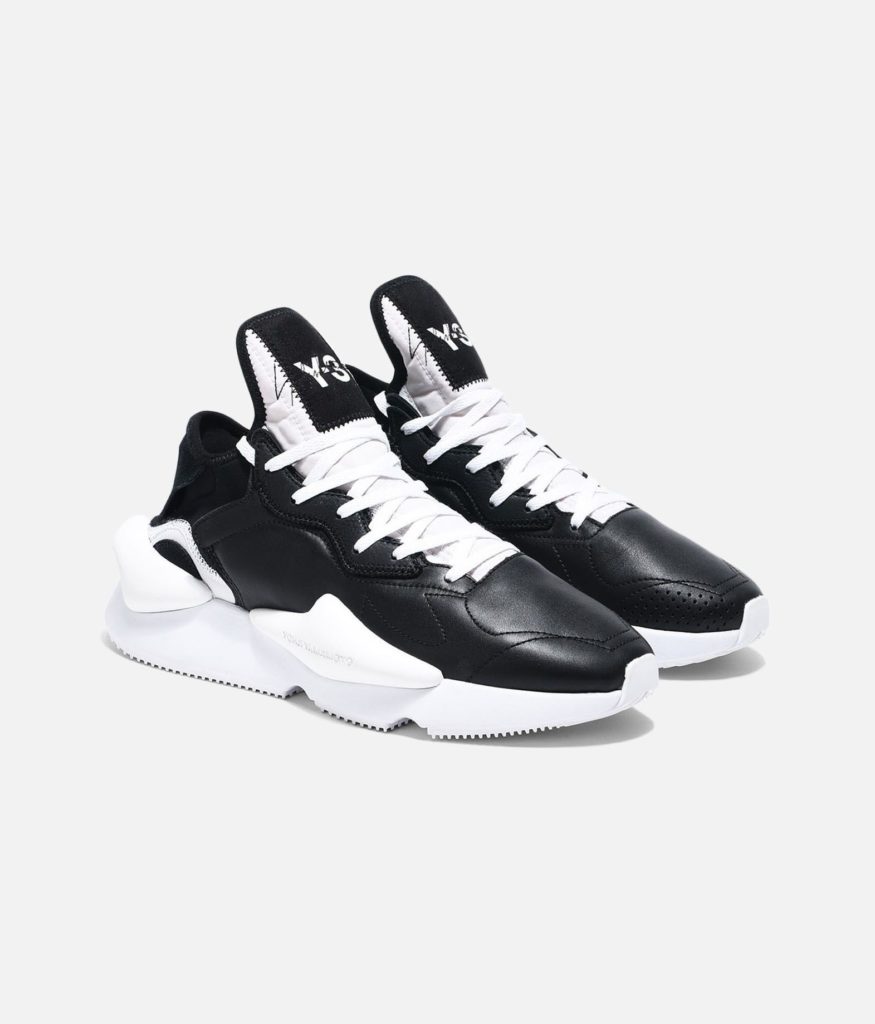 Yoji Yamamoto’s brand Y-3 has been catapulted to fame as the go-to sneaker in luxury streetwear and has had many endorsements from celebrities in recent years. The shoes themselves are a collaboration between Yamamoto and Adidas and have proven fruitful by garnering a more than cult following. Both the brand and the shoe have changed the landscape of the industry by creating a new category in fashion by bringing true to form craftsmanship to the world of sportswear. 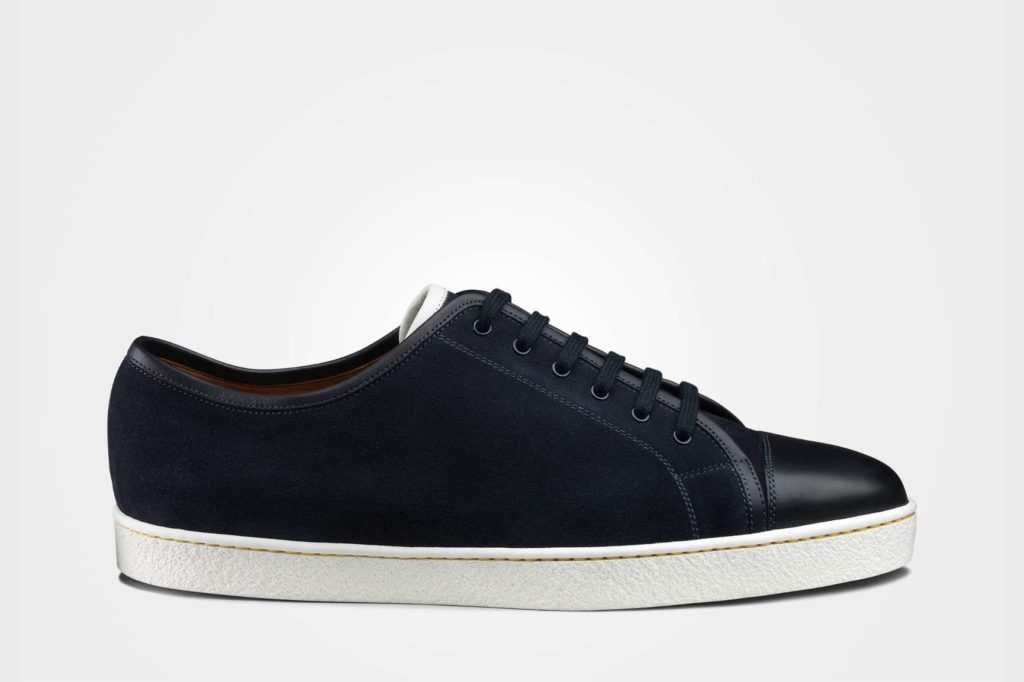 John Lobb has been going since 1866 in merry old England and continues to further produce at such a high level and quality that has yet to be bested. They initially started as a bespoke shoe and boot maker but have risen to make some beautiful and well crafter sneakers as well. While being a small selection, it’s quality over quantity let’s not forget! just to quickly mention – my favorite style is the Evette high top. 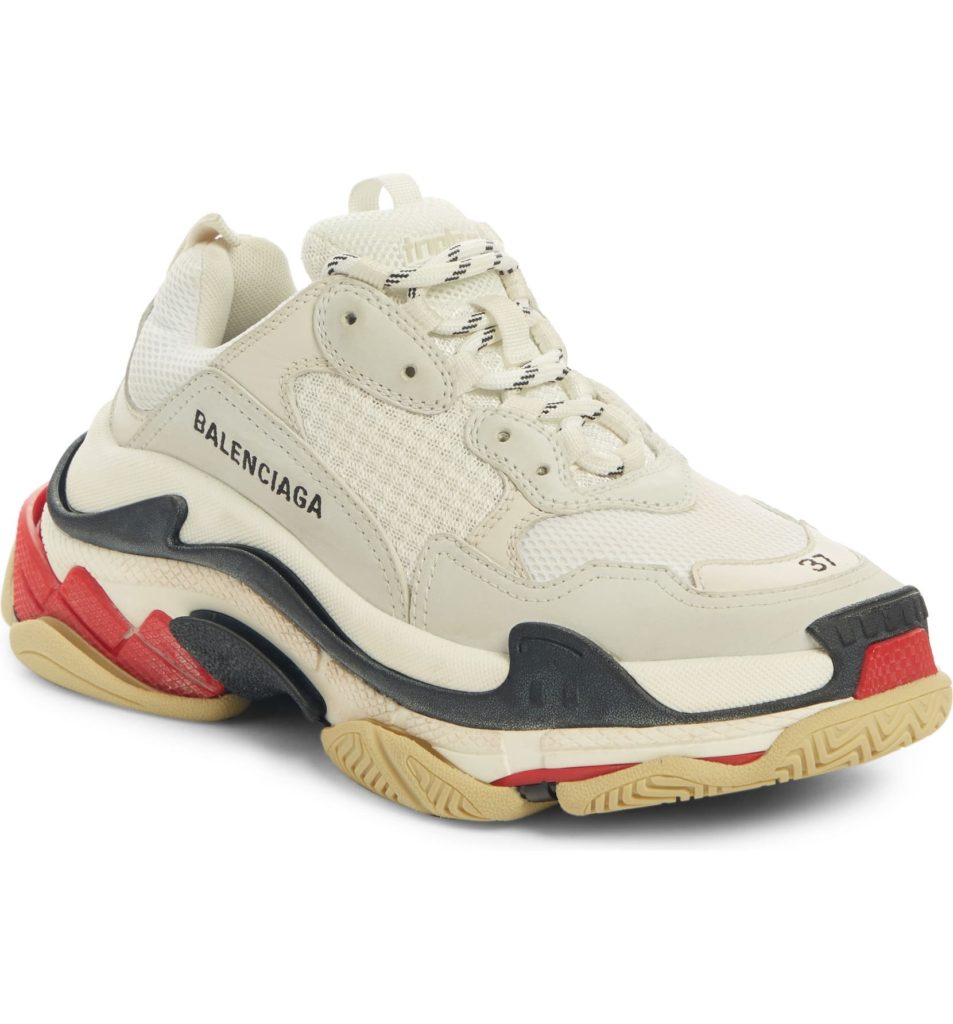 Now there is a different type of beast that has been born in the sneaker world and its name is the Balenciaga triple S. Usually sold around the $890 mark,  this shoe has caused some people to wonder what is so special about it and why do so many people rush in droves to buy it and how does it keep selling so well? Here’s the deal – they have found a look that works with the demographic they’re looking at and not to mention that it is heavily endorsed by major fashion influencers and can be seen on the feet of many so-called “hype beast” it’s become popular. It’s even started its own trend called the “Dad Sneaker” and people love it to bits. It’s only rivalled by its cousin sneaker the $700 speed trainer which would be a close second in popularity helping Balenciaga to become the fastest-growing company in Kering’s portfolio of companies. Long story short it’s THE must-have sneaker of today. 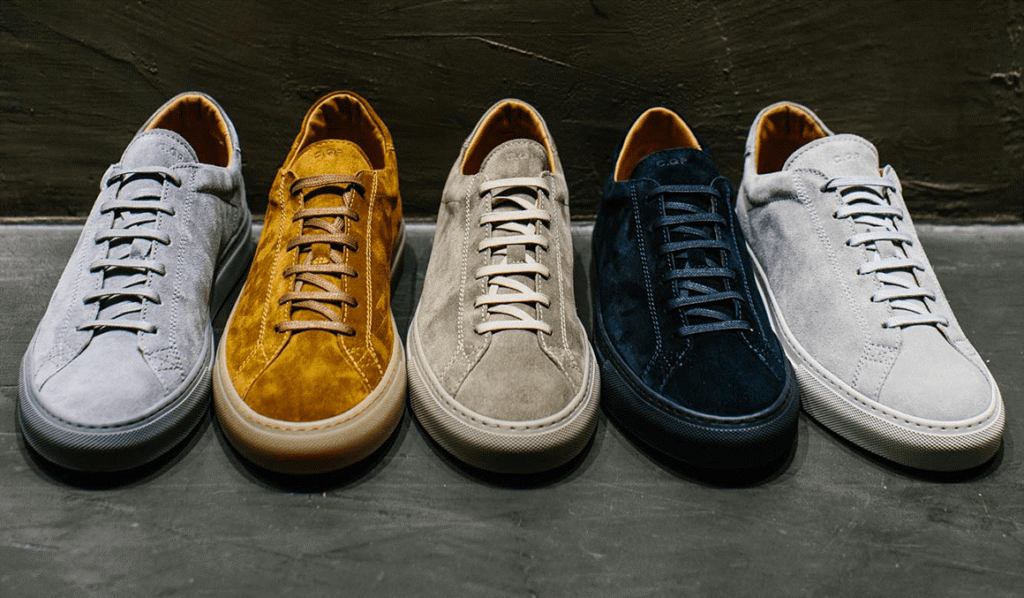 CQP which stands for quintessential conversations and products was founded in 2013 and was initially named colloquy. The company is based in Stockholm, Sweden, and offers a selection of handmade sneakers for its customers. It has a plethora of colours to choose from among its 4-5 style/models. 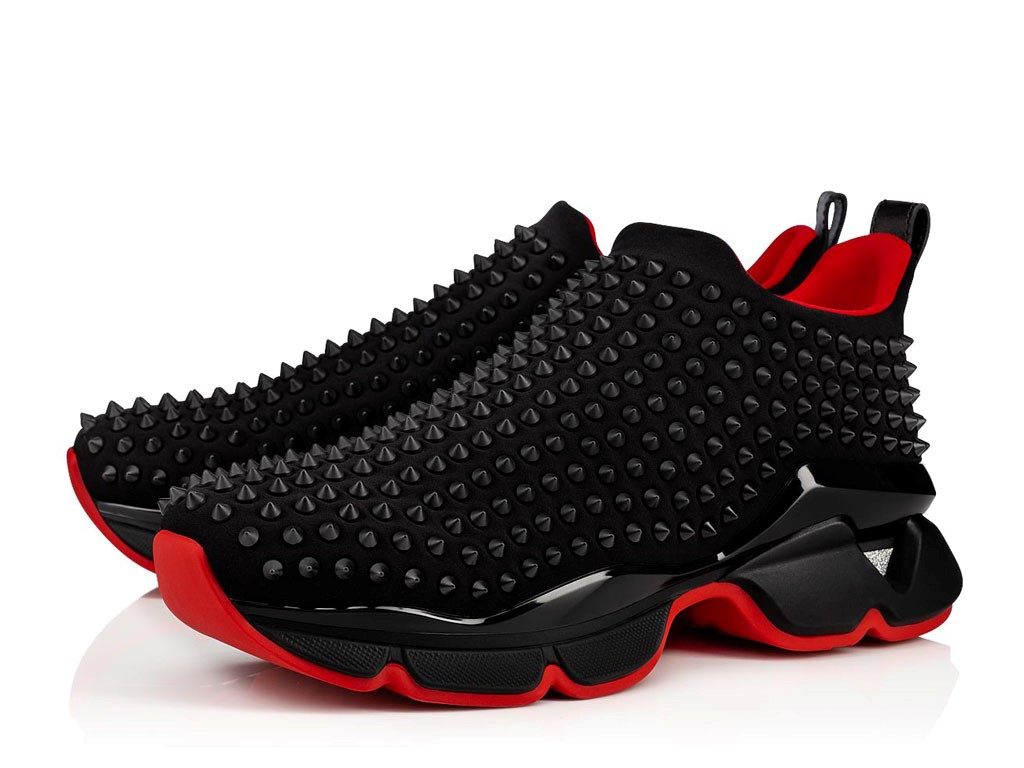 The French designer who is well known for bringing society the red bottom heel. He was a freelance designer for some time before getting an apprenticeship with Roger Vivier (possible inventor of the stiletto). He then went on to design for Yves Saint Laurent, Chanel and Maud frizaud. In 1991 he opened his atelier and began to take the footwear world by storm. Looking at his rang I can only speculate that the man is as big a fan of the colour red as I am, and some of his creations feature beautiful one of a kind artwork and jewels on the shoemaking, making them a very well-crafted luxury shoe. The sneakers are a thing of beauty alone and similar to Zanotti. They feature all over mini studded uppers, along with gorgeous, genuine and soft leather. All his shoes are either made in Italy or France. There’s a large range to choose from including both high and low tops. 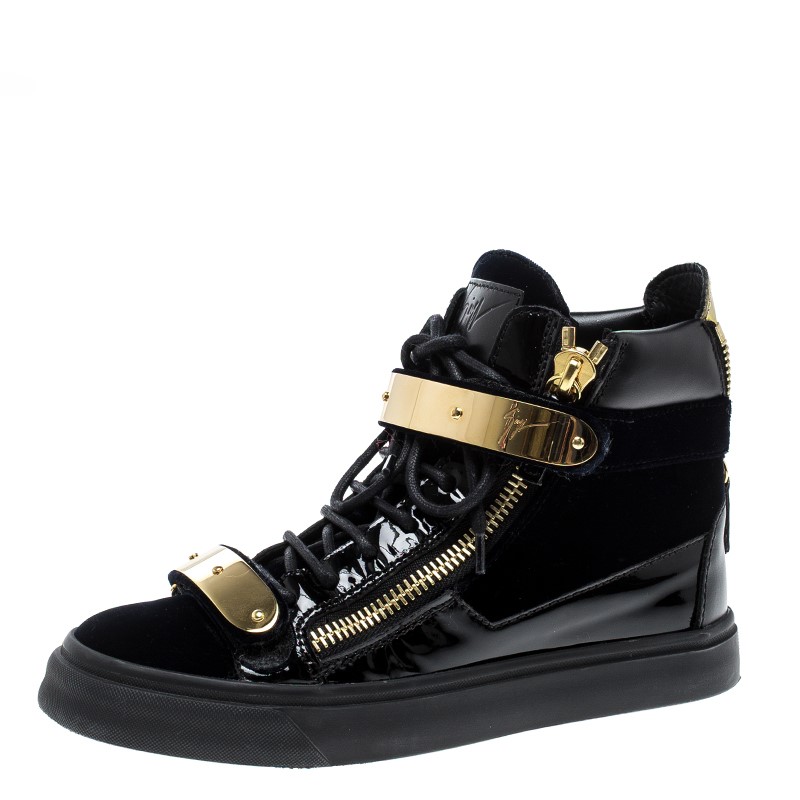 Next up we have Giuseppe Zanotti, who initially was a freelance designer who worked with various high-profile design houses in the 1980s. He then began working on his self-professed obsession with women’s shoes. He then branched out and started to create his style of footwear featuring aesthetic style somewhat resembling bijoux jewellery. In 1994 he began to show his collection to several magazine editors and retail buyers such as Saks fifth avenue and Harrods to name a few and most of

them continue to carry his shoes today. The beauty of Zanotti’s shoes is the spectacle of them. They bring a certain image to the shoe market that you don’t often see in similar style. Being a fan the black and gold high tops myself, the modern-day Zanotti’s are sleek and have great potential in both a casual and office space. I highly recommend as a wonderful statement piece to the wardrobe. 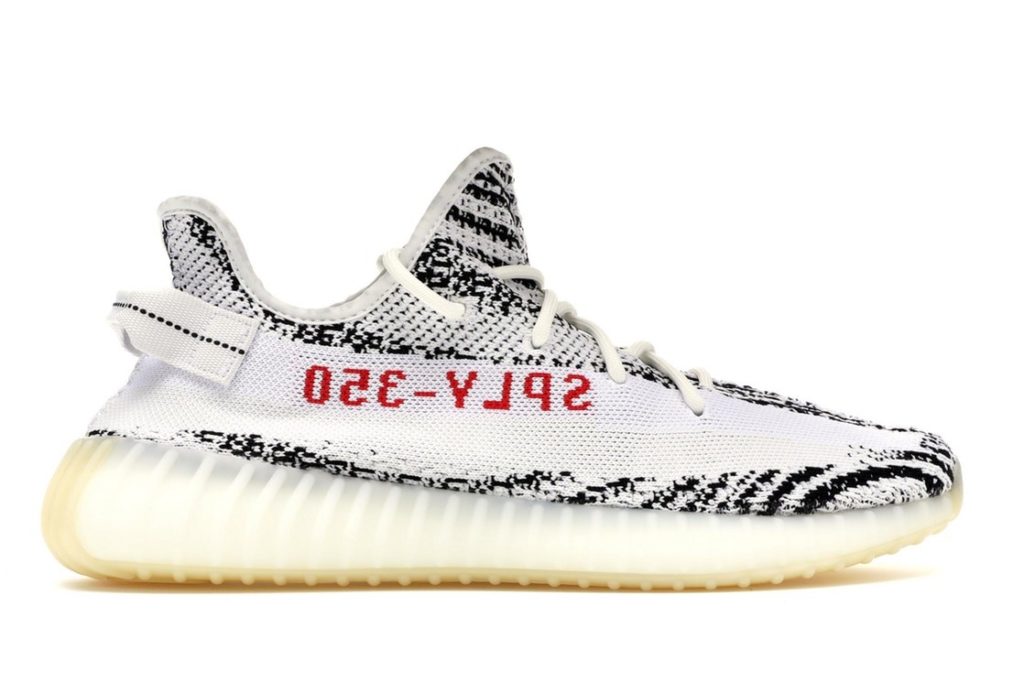 For all the blunders and crazy statements Kanye West has made over the years, he does his best to back them up through action and financial risk. Everything from his first album by taking almost twice as long to finish it and stating to execs “it’s ready when it’s ready” all the way to his fashion brand which is evident through his tumultuous relationship with Nike and its CEO Mark Parker. He claims the CEO wouldn’t even speak with him over the phone, regardless of the fact that the Air Yeezy (both the 2009 & 2014 models) sold out. It wouldn’t take Kanye long to get an idea of what lay ahead and so he walked away – a risk, but then his risk was rewarded with a new relationship with Adidas.

Kanye took that fallout with Nike and used it as fuel to find new partners and a new venture, not wallowing too long if at all – he dusted himself off and went back to the drawing board, he went as far to ask Nike for an office, desk, and actual position title – they laughed. Adidas gave him everything he asked Nike for in the end, fitting end that then gave the world Yeezy brand of sneaker. It’s one of the most popular shoes in Asia and features regular drops in all sorts of patterns and colourways. A new drop shoe can sell out within 24 hours easily. This show is the king of cool at the moment and people can’t help but star if you’ve got them on — definitely a crowd-pleaser.