“The experience in China is world class”

WELLINGTON, Oct. 16 (Xinhua) — “I can not believe it! I represented InsituGen at the largest global entrepreneurship competition for some of the leading universities and won a silver award,” 23-year-old Robert McPhail, bachelors of laws and commerce student of the University of Otago of New Zealand’s South Island, told Xinhua on Wednesday via phone before boarding the plane back to New Zealand.

“The experience in China is world class and I highly recommend this to all international start-ups who want to have the chance to compete against the best,” he said.

McPhail’s InsituGen team won a silver award on Tuesday in the 5th China College Students’ “Internet Plus” Innovation and Entrepreneurship Competition, which was held at Zhejiang University in eastern China’s Zhejiang province from Oct. 12 to Oct. 15.

This year’s competition featured the theme of “Dare to be the first to release youthful dreams, and to establish a new era of enthusiasm for progress.” A total of 4.57 million university students and 1.09 million teams from 124 countries and regions participated in the world-class innovation and entrepreneurship event.

Among the participants was McPhail’s InsituGen, which focused on androgenic activity detection for racehorses, athletes, soldiers and eventually for hormone linked cancer therapy monitoring, was ranked in the top 10 of all international projects from over 120 countries.

The University of Auckland and the University of Otago, together with the New Zealand Trade Promotion Association, selected 30 projects to take part in the competition this year.

McPhail described the participation as a chance to communicate with the world’s first class teams, saying, “This event has opened my eyes to the sheer scale of quality IP that is developed around the world in the deep technology space.”

McPhail’s co-worker was 20-year-old Emerald Scofield, bachelor of science (biotechnology) student of the University of Auckland. Scofield regarded the contest as “incredibly admirable.” “Joining a competition this large and with its world-wide interconnectedness has been an absolute honor to be a part of and experience. It has opened my eyes to the sheer scale of innovation occurring within China and worldwide.”

“Overall, I would encourage international start-ups to apply to participate in this competition as it is a great experience and it exposes you to how best to communicate your ideas through pitching,” she said.

Brent S. Ogilvie (second from right) posed for a picture with friends at the competition venue in Zhejiang University on Oct. 13.

He was “terrifically” impressed by the breadth of innovation both coming out of Chinese research and global innovation that has focused directly on the Chinese market.

“Clearly, China is an excellent market in its own right and also a country where innovation can rapidly be improved and translated into production at global scale.”

Next year the competition will be held in South China University of Technology in the southern Chinese city of Guangzhou. Ogilvie told Xinhua that New Zealand universities will continue to participate.

Brent S. Ogilvie (fourth from right) received a certificate as a judge during the competition. (Photo by Tian Tian) 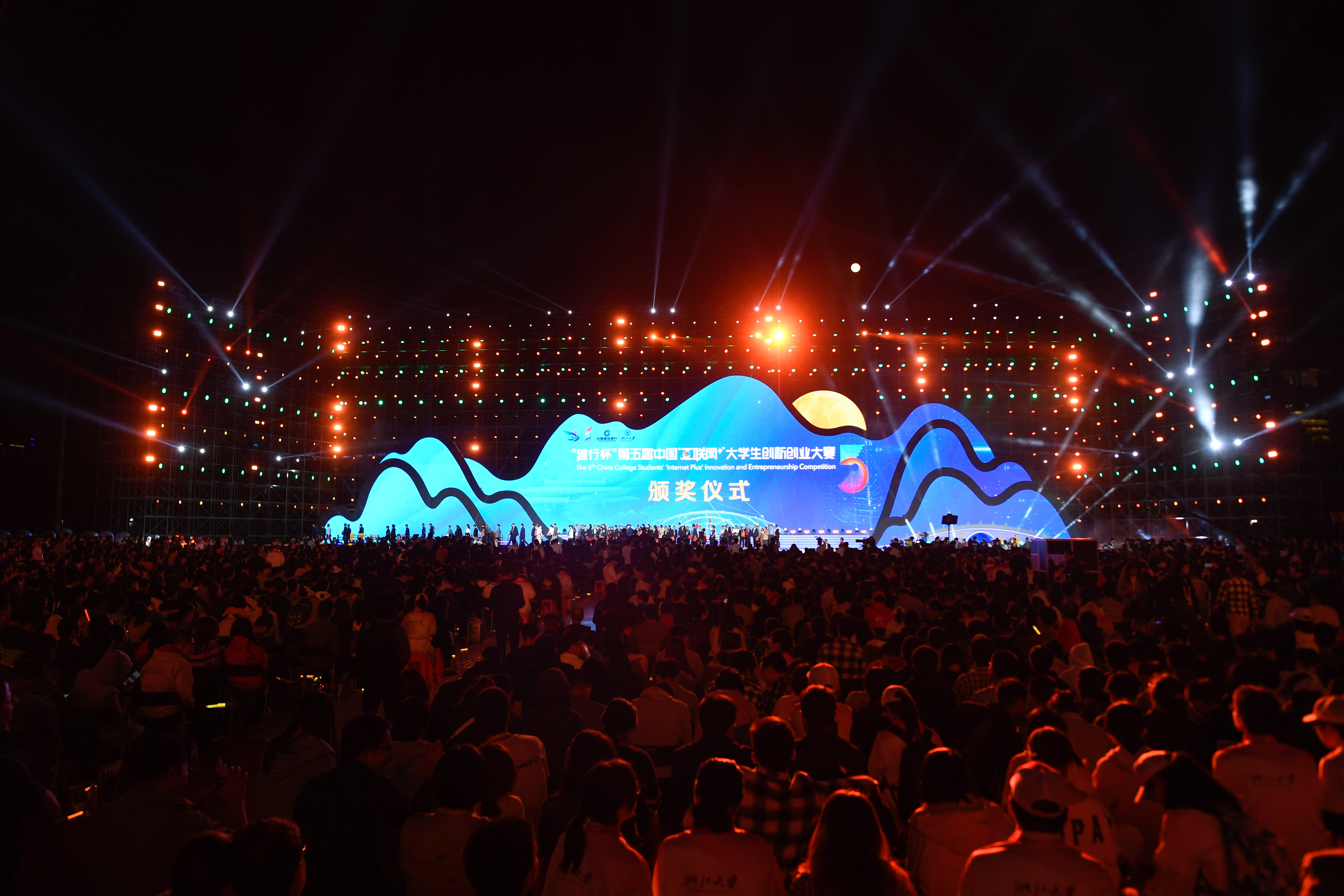