Lianne Dalziel: “I have the best job in the world”

Lianne Dalziel
“I have the best job in the world”

Christchurch Mayor Lianne Dalziel finds her job is“incredibly rewarding.”
Christchurch is made up of many different communities, and Dalziel said she enjoys getting to know the different groups and their concerns, joining them to celebrate festivals and events that bring people together as a community.
“That’s how we get to know each other,”Dalziel said.“It is such a privilege to be able to represent the city.”
One of the things she loves most about being the Mayor is the citizenship ceremonies.
“There is nothing more pleasing, especially for me as a former Minister of Immigration, to stand there handing the certificate of citizenship to a proud person or to a family. Nothing makes me happier and we do try and make it a really special night,”she told New Zealand Messenger in a recent exclusive interview.
“We encourage everyone to celebrate their culture, their traditions, their history and their language. I always say you bring them with you, and that’s why we, as a community, are enriched by all those who come,”Dalziel said.
She has been committed to Christchurch remaining New Zealand’s Garden City, but at the same time seizing all the opportunities the city now has.
“Christchurch is a city of opportunity — we are open to new ideas, new people and new ways of doing things — a place where anything is possible.” 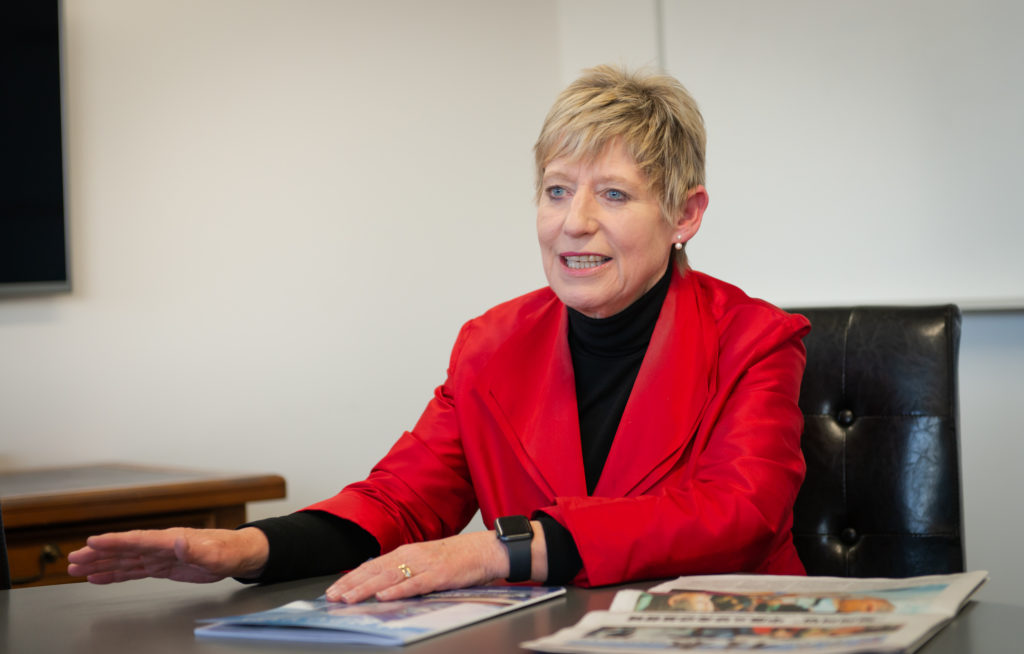 Serving her second term as Mayor after 23 years in the New Zealand Parliament, Dalziel said a number of facilities have been delivered or reopened, including the library in the heart of the city for people of all ages, the town hall, and all of those different community facilities that are reopening. These facilities bring people together and really celebrate the city.
Seeking a third term, Dalziel said her focus would be how to build on the strong foundations that have already been laid in her previous terms, including the relationship developed with China Southern Airlines. It was once her dream to enable people to take a direct flight overnight from Christchurch and wake up in Guangzhou, and that dream came true in December 2015.
“When we bring visitors here to Christchurch, we have to make sure that there’s a reason for people to stay just that little bit longer…These are the kinds of things that I want to focus on next term,” she said.
“It is really important that we get the job done, that we get things finished. There’s a lot of work still to do around roads and footpaths, and they might sound boring, but actually they’re a little bit about how everyday life has to be made reasonable for people, and we do need to invest in that.”
Dalziel said she will also focus on water, the eastern suburbs, and on the CBD. Moving back into the central city herself, she said every city must have a vibrant and dynamic central city. People are not only encouraged to visit, but also to live in the central city. She has been pushing for more investment in the central city for residential options and to make sure that there are incentives for people who want to live here.
“We do need to sell the idea of central city living,” she said, adding that if more people live in the central city, then travelling and parking costs are reduced.
“There should be options with different prices for people to afford and more people will want to see this as an opportunity,”she said, adding,“The CBD needs both young people as well as older people who don’t have responsibility for children any more.” 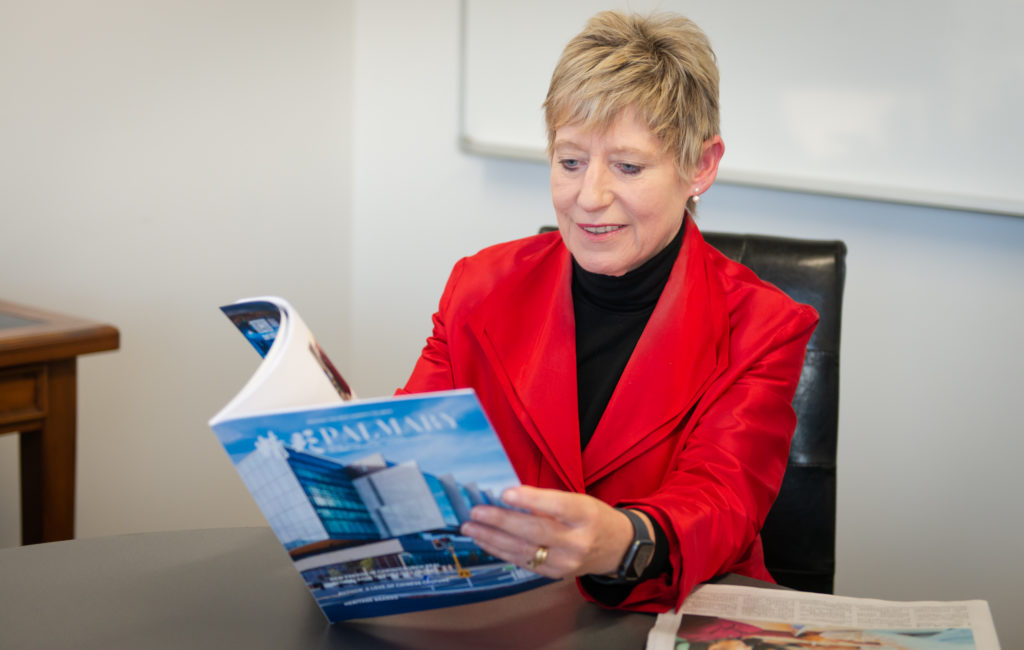 Dalziel said after the March 15 mass shootings, similar to after the earthquakes eight years ago, people came together and helped each other, standing in solidarity to support the Muslim community. Christchurch had already passed a multicultural strategy years earlier to make sure the city embraces all the different communities that make up the city, with an implementation plan to be introduced soon.
She values the importance of the Chinese communities, as well as all minority communities that enrich Christchurch. She has visited China many times over the years.
Dalziel said she loves photography because when concentrating on an image, “it takes your mind off everything else.”
She also enjoys stockpiling books during the year and reading them during the Christmas holidays. A book she read recently was “Too Big: Rebuild by Design’s Transformative Response to Climate Change,” written by Henk Ovink. It tells the inside story of the American federal response in the wake of Hurricane Sandy, concluding that climate challenge is too urgent to ignore and too big to confront with existing methods.
The author has been involved in climate change and in water issues, which are also big issues here in Christchurch, Dalziel said.
“I find [the issue] not too big if you try, rebuild by design, and involve other people and the design,” she added. 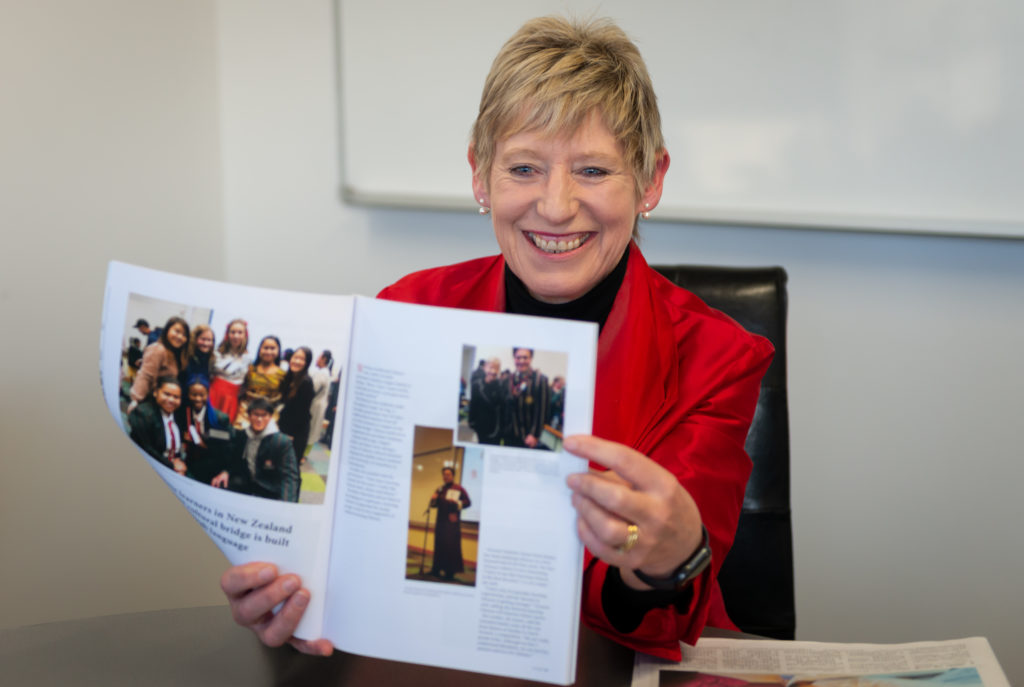