Clare Erasmus, an author of children’s books, said there must be Chinese culture in her DNA. She has been passionate about Chinese culture since she was a very young girl, living in South Africa, where she spent much time with a Chinese family friend.

The launch of her new book, “Kia Kaha Celebrates Chinese New Year”, on August 6, demonstrates her passion towards the culture that is deeply rooted in her soul.

With a teaching career spanning over 20 years, the teacher-author presented her fourth book in the Kia Kaha series for children.

Kia Kaha, the name of the little mouse, is a Maori phrase meaning “stay strong.” This term was widely used post-earthquake and then again earlier this year after the terrorist attacks.

In this book, the little mouse travels to China to celebrate Chinese New Year. Kia Kaha experiences the colours, food, sights and sounds of this exciting time, celebrating with a good friend and making new friends along the way.

Red envelops, dragon dancing, street markets, firecrackers, and lanterns are some of the Chinese cultural elements that are displayed in the story, with vivid illustrations by Vanessa Ide. Vanessa has illustrated all four books in the series. Clare enjoys working with Vanessa. After four years, they have developed a great friendship.

Erasmus said she could vividly recall all the details of Chinese New Year celebrations in Taipei, where she had been teaching at an independent school for three years. In her latest release, she draws on some Chinese language in the Pinyin form, to enhance the sense of Chinese Culture.

In the story, the flight carrier which takes Kia Kaha, the mouse, to Guangzhou is China Southern Airlines, which opened the first direct link between Christchurch and China in 2015.

“I decided to include China Southern Airlines because that’s an authentic carrier people use to travel between Christchurch and China. It’s a great airline,” she said.

“Kia Kaha, the Cathedral Mouse was fast asleep in his sacred house. His travel bags were packed and ready, and neatly tucked in was his teddy,” the book begins.

She said the poetic language style will engage young readers and make them feel joyful about the Chinese New Year celebration.

“Kia Kaha” was first used as the little mouse’s name in Erasmus’ first book in the series, “Kia Kaha, the Cathedral Mouse.” It was published after the Christchurch 2011 earthquake when “Kia Kaha” was widely used in New Zealand to show strength and resilience during the hardships and post-quake reconstruction.

The deadly earthquake killed 185 people in Christchurch and the city centre was severely damaged and closed off. She chose The Cathedral because it was Christchurch’s landmark and was damaged by the quake. The Cathedral was the heart and soul of the city.

“I was quite worried about the children’s reactions to the earthquakes, and how they would deal with the devastation. I knew that the parents would also be worried and that would be double devastation,” Erasmus said.

“I wanted the children to understand that while there was much damage and visible destruction, they needed to stay strong, to dig deep for perseverance, and to help one another.”

The second book in the series, “Kia Kaha’s Brand New House”, was about the reconstruction of the city and how a new chapter of our lives emerged. The third book, “Kia Kaha’s Christmas Cheer,” is a story about helping others and showing gratitude for what people have.

A passion for Chinese culture

Erasmus said her family friend was married to “a lovely Chinese lady” and they always had Chinese New Year celebrations together when she grew up in South Africa. Later, she was offered a teaching position in Taipei and moved there with her husband.

After three years of living in Taipei, Erasmus moved to further study in Australia and then relocated to New Zealand with her family. She enjoys making dumplings with her students, especially when there is a Chinese celebration.

“Having travelled widely in Asia, coupled with her time in Taipei, experiencing Chinese culture, Clare felt compelled to share this wonderful story of Chinese New Year. I feel so Chinese in my heart,” she said.

Erasmus said she hopes to get her book translated into Chinese and published in China one day. 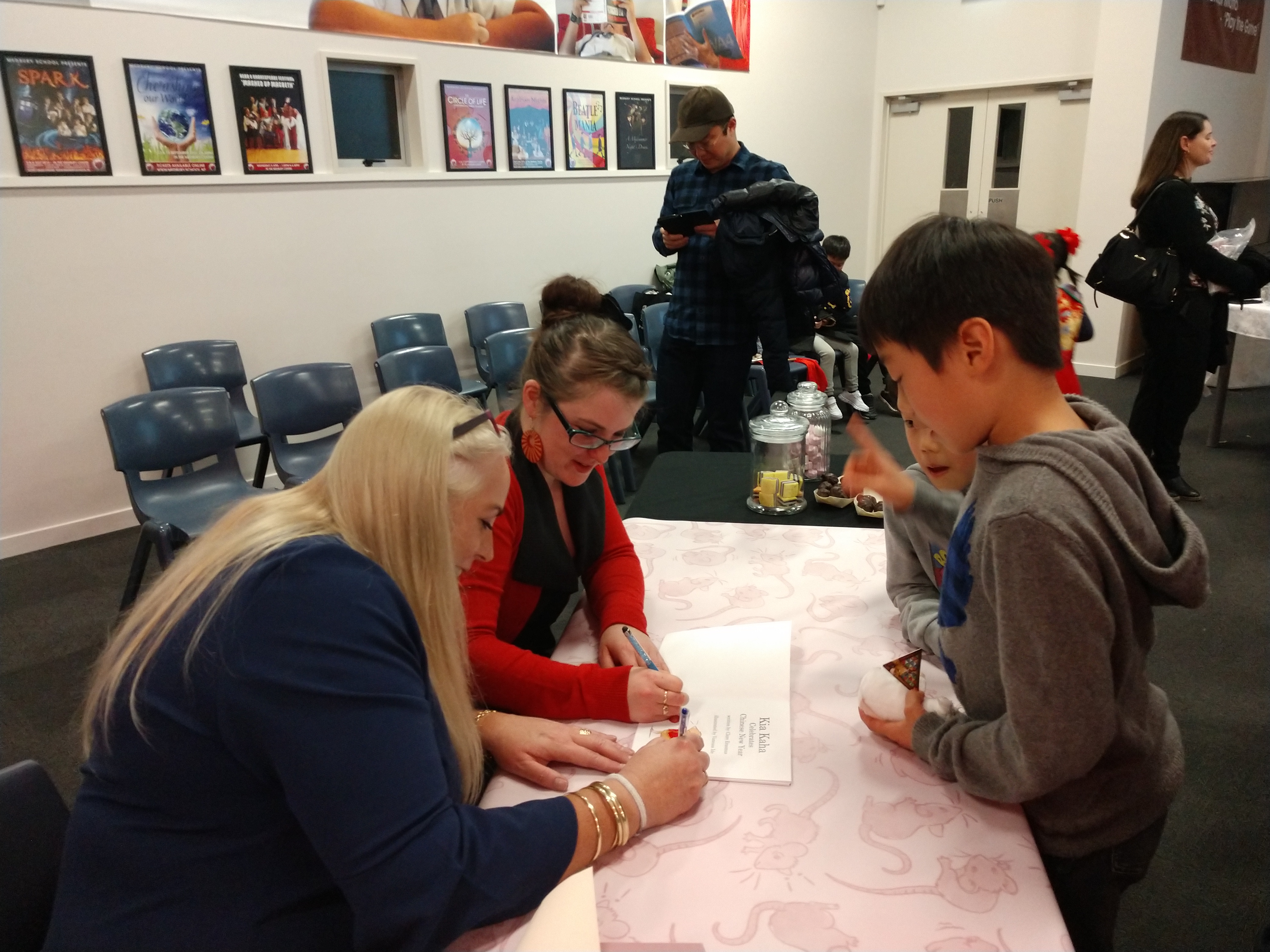 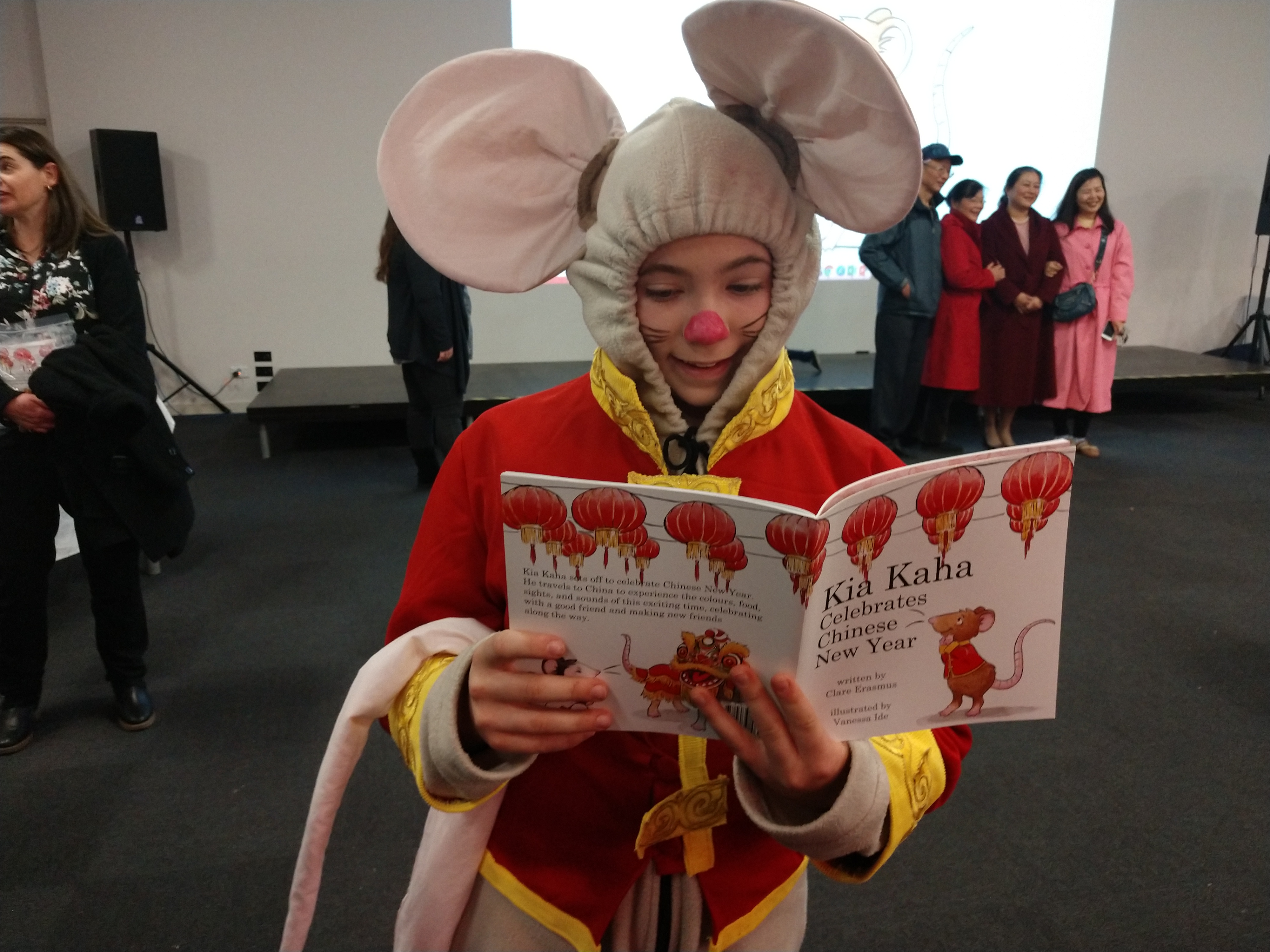 New Trends in Christchurch Real Estate: Back to the City Center!