by anplictersymee
in Leisure, News
0 0
0

It is a well-known fact the military has influenced fashion for many years now and has become a close contributor to all facets of the fashion world ranging from colours, silhouette & shape and construction, but there are rather specific items that have directly come from the men and women that serve all over the world.

This all goes so far back that it would be impossible to cover all of it in one article of course, but we can delve a little bit into it and there’s no better place to start than World War II. For example, back in those days there were a lot of sacrifices made both on and off the battlefield and when it came to textiles it was a major one.

In efforts trying to preserve their resource, it also drove people a little annoyed to see people wearing masses of fabric – it was considered “unpatriotic ” and came to the consequences like fine and sometimes a little street fight here and there. In particular there were what has become
known as zoot suits. 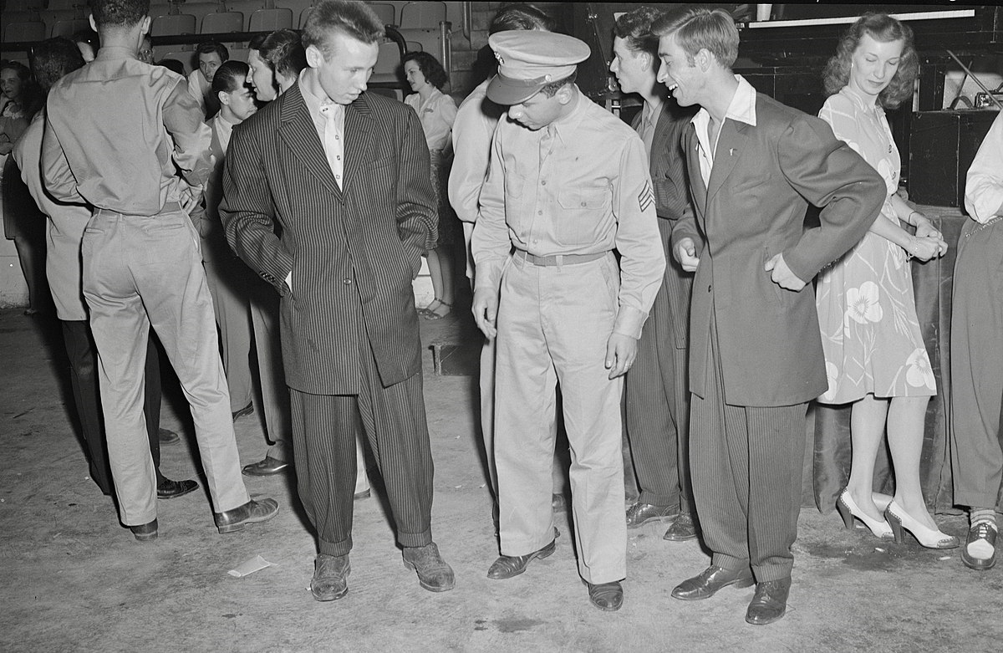 Zoot suits were suits made usually from large pieces of fabrics with generous cuts all over the garment in a what would be seen as impractical today. People would be seen and challenged why they feel the need to “steal from the troops” and be selfish with their fashion. Oh yes, crazy times, that’s just an example of the conservative nature of fashion that came about then, really if one wanted to make the argument you could almost say that the movement towards minimalism and implying one’s life almost in some tiny way started then and there or the idea was planted at least.

Stockings used to be made out of silk and then later from nylon but then. Nylon became the fabric the military needed for parachutes.

Wool was substituted for rayon wool blends and it became the fabric of choice considering how versatile it was because it didn’t shrink or crease and had two weights light and heavy weight.

Also in 1947 the master himself Christian Dior – introduced his new look, It caused a bit of a stir and even garnered him death threats, all because he changed the hemlines in women’s skirts and dresses. Skirts and dress used to have a ton of fabric but with his change it helped give women the now sought after hour glass figure. The list goes on: 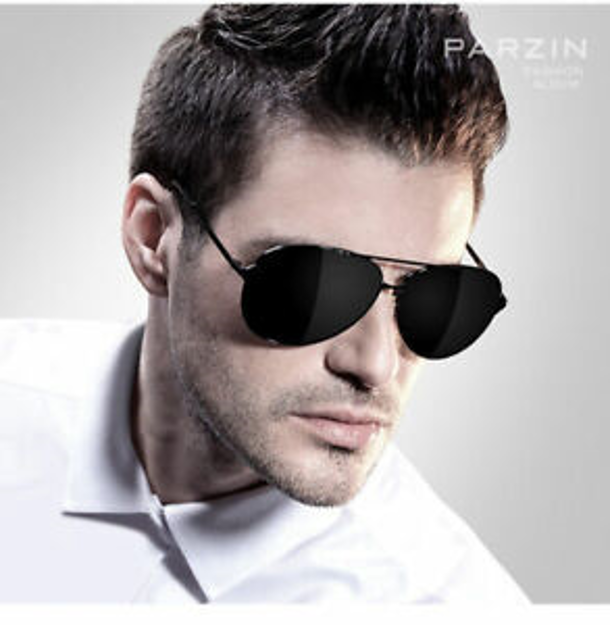 Pre-war we saw the rise of the jet engine and people were flying to new inspiring places and new heights never visited by humankind (literally higher altitudes) and with this new altitude came new problems – in the military specifically there were all sorts of complaints and document findings on pilots suffering from headaches, altitude sickness, mostly being due from the glare of the almighty sun. In a collaborative effort to help pilots and keep them from all sorts of danger visually in the sky, the army air corps teamed up with Bausch & Lomb to make a new type of eyewear that would battle against the glare and eventually it would be brought forward for civilian public use in 1937.

You’ve probably guessed but that creation is what we have come to know as the almighty aviator sunglasses. Loved by many and abhorred by a few, the popular sunnies started humbly with plastic frames and the classic aviator shape which help to fight against the glare off instruments and further protect the pilot’s face. As time went on it became popular and it had a remodel within a year and called “Ray-Ban Aviators” and has become a staple accessory for the self-professed kings and queens of cool. As we’ve developed as a society so has the aviator now featuring some of the best optical technology including but not limited to polarisation and gradient mirrored lens which sport a specific coating on the topside of the lens but uncoated bottom portion of the lens for an easy view of your controls and instruments when flying.

Ahhh yes, everyone’s favorite piece of outwear and a wardrobe essential – the trench coat. Brits all over can easily point out that this staple of British fashion design hails from the gifted minds at Burberry but in actuality, its roots and origins are debatable as it also has been originally linked to a brand known as Aquascutum. It supposedly has its first sighting in 1853 when the latter company made coats for those fighting in the Crimean war, on the other side Thomas Burberry documents entering the design to the British war office in 1901 for the idea of a coat for all officers made from his cotton gabardine fabric. The features of the trench coat are attention-grabbing with having the large lapels and cuffs, convertible collars and epaulets all making this a coat worthy of its place in both the pantheon of military and civilian fashion. 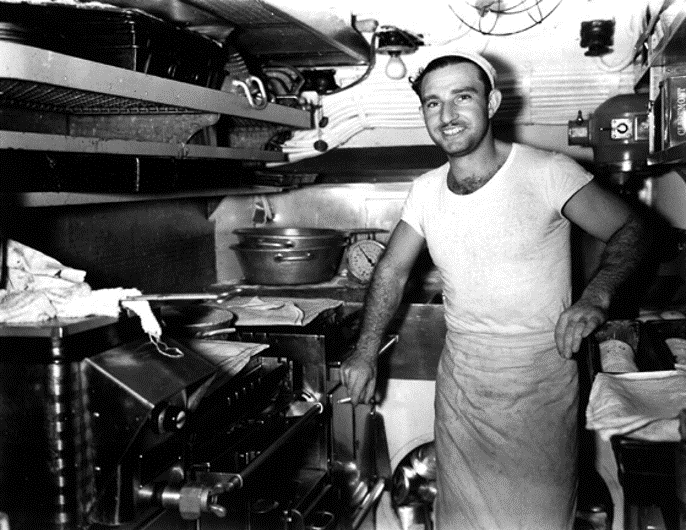 “Honey, can I wear a T-shirt instead of a full suit for the wedding?” The number of times I’ve heard that and been witness to the response, it’s not pretty. But to be fair the shirt is probably one of the oldest and most contributing items on this list. From the humble white T-shirt, we’ve gotten the multi-colored shirt, black shirts, blue shirts, yellow, red you name it. It’s been seen as a T-shirt, but it was in 1913 that U.S. navy made it part of the official uniform in an attempt to beat the heat in tropical climates and for aboard submarines to avoid soiling uniforms, then it was brought to attention of the civilian life, and then people started printing on them and help lead to the insanity of many millennials typing “how to start a graphic T-shirt business” into google. Out of everything on this list it could be said that the white t-shirt has contributed a lot to fashion including the idea of undershirts, tank tops, band T-shirts, two pack tees, holiday T-shirts and much more. 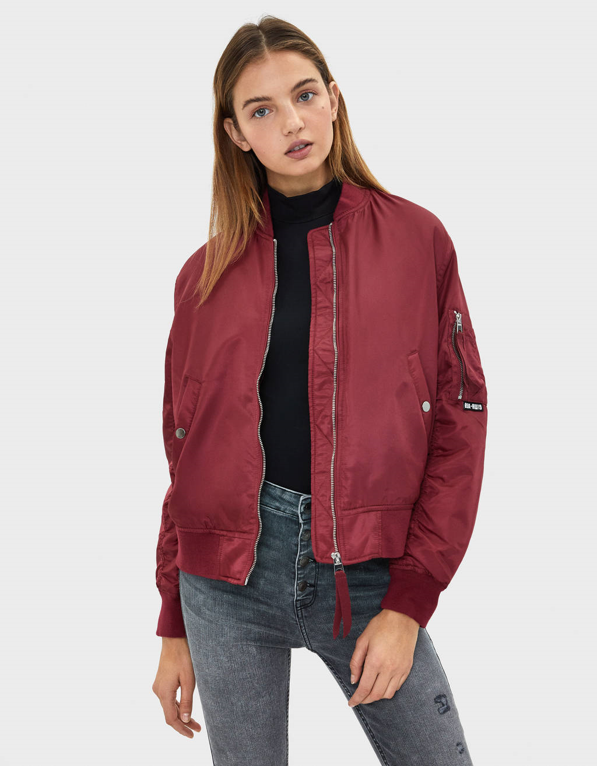 This one comes out of WWI and again big thanks to all the pilots out there because this is another one from them. Initially designed to take the chill off at high altitudes while serving in the royal flying corps which is the air force side of the British army-preferred long leather coats. It wasn’t long before the U.S. established the aviation clothing board in 1917 and started using heavy-duty leather flight jackets. The high wrap around the collar, zipper details and wind flaps and snug cuffs AND waist are what we all now know about the bomber jacket. Various departments went on to continue to create the jacket and supply pilots but the slight problem arose of being able to provide the seal leather to continue to make the item, so they continued making it but with horsehide instead, thankfully ponies aren’t the fabric of choice anymore with many new fabrics available in the modern day.

Louis Cartier made the tank watch in 1917, as a gift for general Pershing who was an officer in the U.S. army and led forces in WWI years before the watch became a public item in 1919. The watch was inspired by the modern Renault tank and part of the design even enables the parallel of the treads and was billed as a watch for the modern man.

Ans that in a few words are just some of the things brought to us by the men and ladies who serve on our behalf.

New Zealand's largest exporters of dairy products, kiwifruits and lobsters have expressed confidence in the future of the Chinese market and further business expansion there. "China is a...

A watercolor painting by artist Xu Dan. Some 20 watercolor illustrations featuring Jiangnan elements and culture of towns along the Grand Canal will meet the public online in...

New Zealand has reported 1,001,898 confirmed cases of COVID-19 since the beginning of the pandemic in early 2020, surpassing the one-million mark, the ministry of health said on...