In August, China’s top live streaming celebrity, Viya, descended on New Zealand amidst a small army of handlers and a whirlwind of publicity.  From a hotel room in Auckland, she promoted Kiwi products to her online fans for four hours, racking up almost $30 million in sales.

Remarkably, this was less than half of Viya’s record-breaking $66 million of sales in a single day.  To put this in perspective, it’s about the same as what all Kiwis combined spent on Boxing Day last year. It’s something that could only happen in 21st century China.

Understanding the world Viya lives in, along with her millions of followers and the booming online e-commerce platforms they sell from, is something that every company, organisation and government that engages with China needs to do better.

For New Zealanders more broadly, however, it means taking the time to learn how to speak and communicate in Chinese.  More than anything, learning Mandarin will help us understand the cultural nuances of China, leading to deeper connections, common ground, and greater economic opportunities.

Andy Boreham, a Wellington-born Kiwi who now lives and works in Shanghai as a freelance journalist, puts it this way: “Language is a golden key into the feelings and dreams and thoughts of a nation. Secondly, and just as importantly, it is a means of communication, a way to share ideas and struggles.”

But here’s the problem. We’re just not learning Chinese in anything like the numbers needed for better understanding between China and New Zealand.

New Zealand Chinese Language Week was first held in 2014. Its aim is simple but ambitious – to increase Chinese language learning in New Zealand. The initiative has done a huge amount of heavy lifting to make Kiwis aware of the benefits of learning Chinese and getting programmes and resources into schools.

In the six years which have followed however, the number of secondary students learning Chinese has increased by little more than 1,500. The number of formal tertiary learners has actually dropped by a third over the same period.

We’re simply not making the step change needed to prepare for a world where understanding Chinese cultural traits, consumer tastes, technology trends, innovations, social media and more is the key to success, whether you measure that by trade, investment or otherwise.

There are many reasons for the lack of uptake in Chinese language learning at schools. It’s a very difficult language to master, requiring a lifetime of commitment to ongoing study. Lack of curriculum resources, qualified teachers and time in the school day are all problems – even if our perception research last year showed there was strong interest in learning Mandarin at school.

But in 2019, with China our top trading partner and now our second highest source of foreign investment, we cannot shy away from the challenge of building our pool of proficient Chinese speakers. That can only help as we navigate the choppy geo-political waters in our relationship with China. We may not always agree with our Chinese friends on things like human rights or the freedom of expression, but there are many things we do agree on and more we can be doing together.

It will be those New Zealanders – whether public servants, entrepreneurs, students, journalists, citizens and even live streamers, who make the effort to truly understand China and its people who will continue to carry our relationship forward. 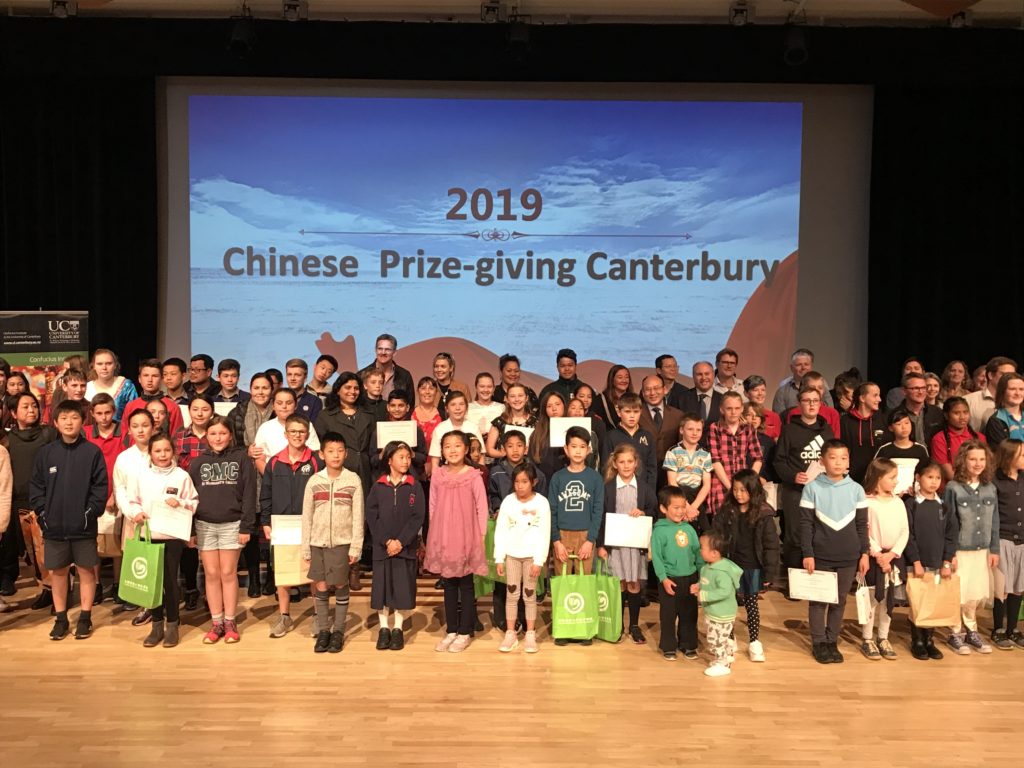 The Confucius Institute at the University of Canterbury held the 2019 Chinese Prizegiving in Christchurch on 29 October at St Margaret’s College. Prizes were awarded for the 10th Chinese Calligraphy Competition, Excellence Awards for Chinese Language Students, as well as HSK and YCT Exceptional Examination Results. 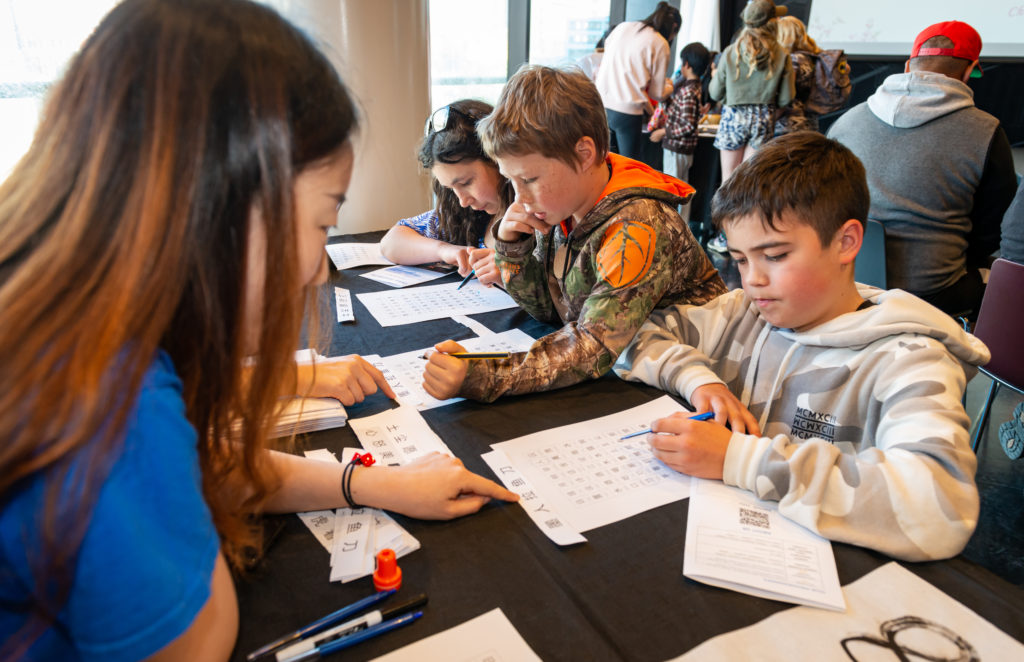 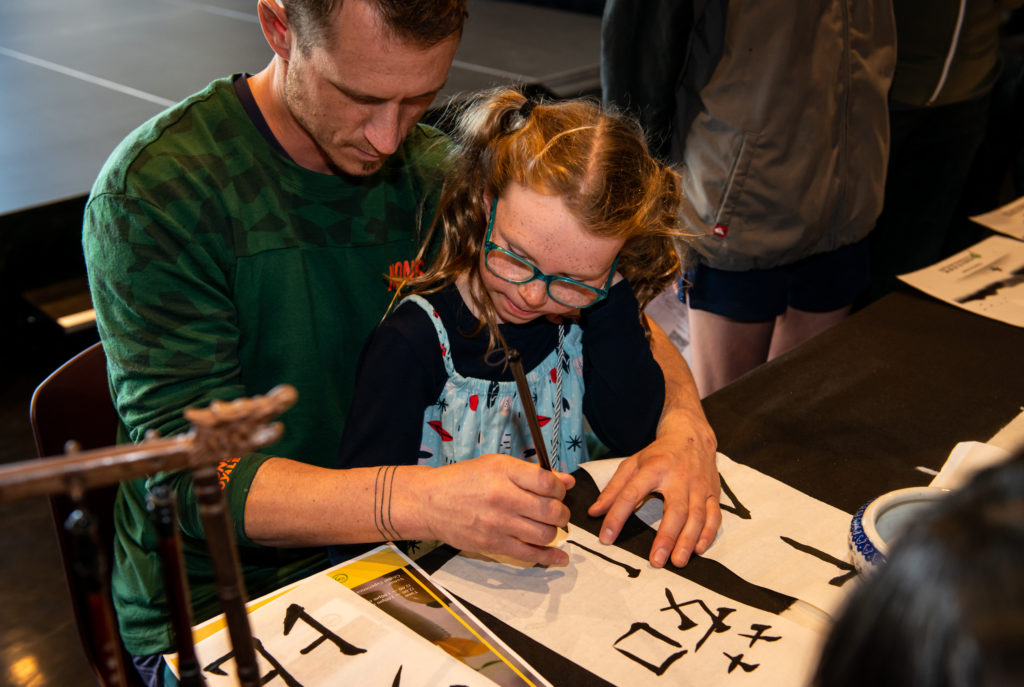 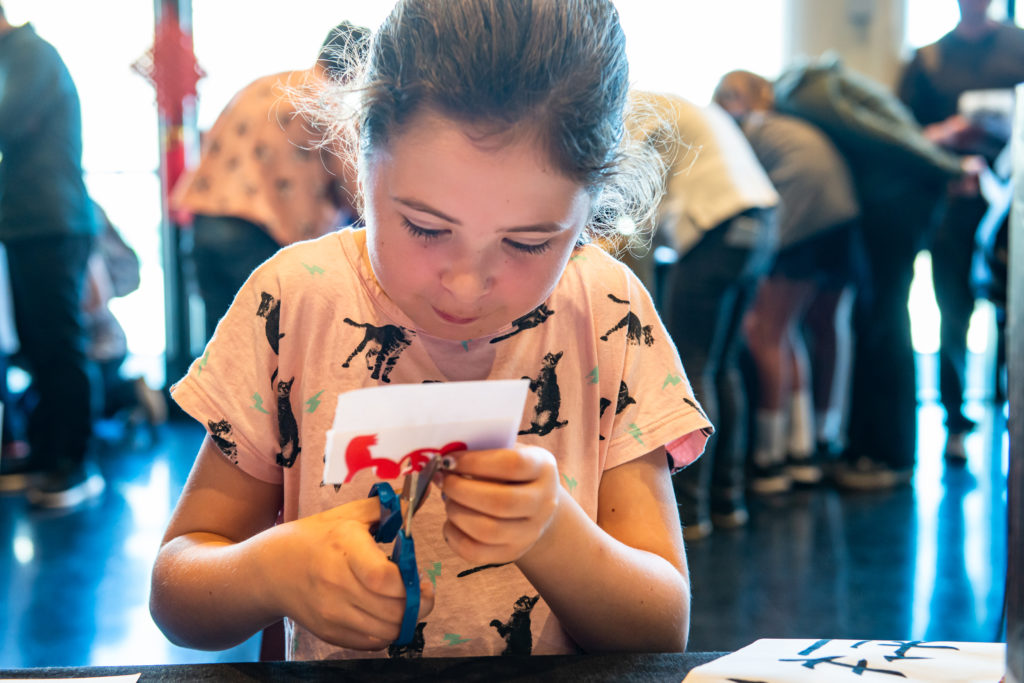 A girl is making paper cuttings on the “Chinese Immersion Day” in September at Tūranga, Christchurch Central Library.