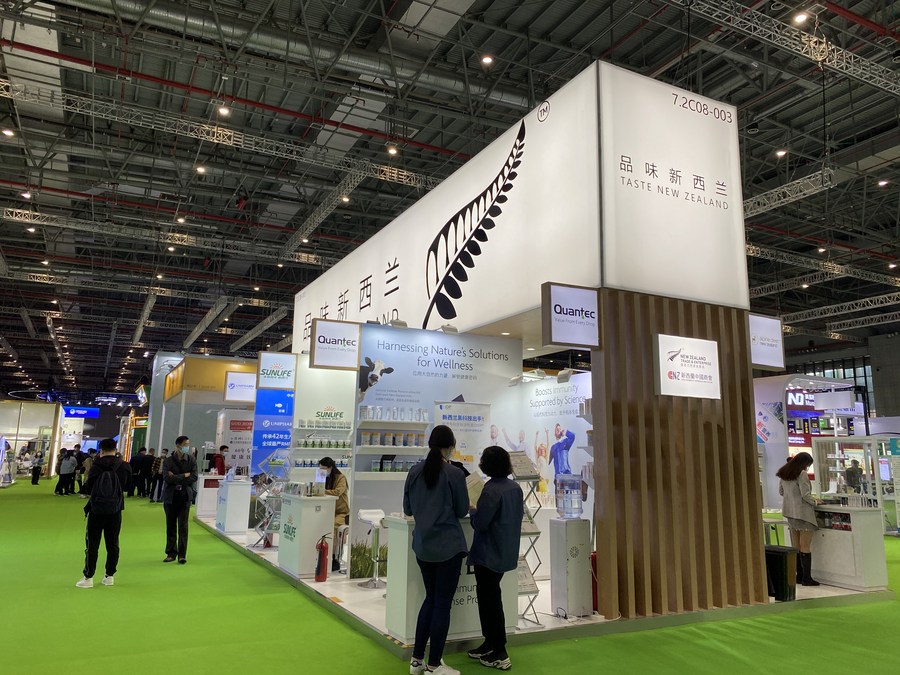 The upgrade protocols not only further demonstrate the vitality, resilience and potential of bilateral trade cooperation, but also showcase the two countries’ common commitment to working together in support of multilateralism and free trade.

Damaiyu Port will become a new entry for Zespri export to China. “This is the first of over 20 planned charter vessels to China this season,” said Zespri Director of External Relations Michael Fox.

New Zealand’s Fiordland Lobster company is preparing the promotions for the upcoming China’s National Day Golden Week in October as they know the valued lobster consumers are mainly from some specific Chinese cities.

“We’re optimistic that it (the lobster consumption) will be again this year,” said General Manager of Fiordland Lobster Andrew Harvey. 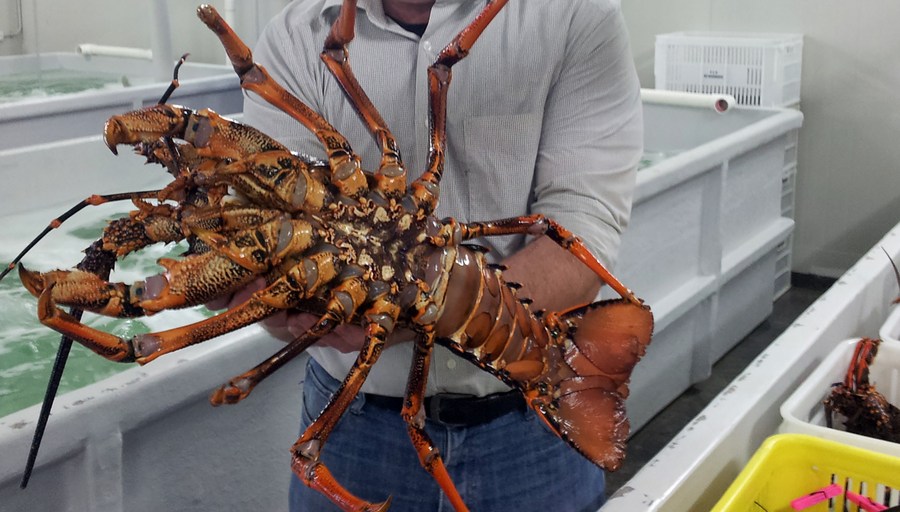 The Upgraded Free Trade Agreement (FTA) between China and New Zealand came into force on April 7, 2022.

It is the consensus for officials and business people from both sides that FTA upgraded provisions brings facilitation and benefits to trade, especially in terms of time and costs for New Zealand exporters in specific areas.

Tony Browne, former New Zealand ambassador to China praised FTA and the upgraded provisions as one of the highlights of bilateral relationship.

“This upgrade is much more than tariff or quantity of trade. It is about facilitation. It is so crucial to exporters from both sides when making the passage of goods through borders much smoother,” Tony told Xinhua.

By quoting the bilateral FTA “an edge-leading and deliverable one”, Huang Yuefeng, the Economic and Commercial Counsellor of the Chinese Embassy to New Zealand said the upgrade protocol further boosts the bilateral trade and better support cooperation on emerging trade and economic issues important to both sides.

“Despite severe challenges posed by COVID-19, business communities of our two countries worked together to overcome difficulties, which fully showcases the solid foundation and strong resilience of bilateral economic and trade cooperation,” Huang said, adding China has become one of the most importantly strategic markets for many New Zealand companies.

Zespri revealed that around 25 percent of the value of kiwifruit is shipped to the Chinese mainland every year.

“For Zespri, our fruit is kept under safe cool chain conditions throughout the Customs clearance process and the existing process is very strong, helping ensure our kiwifruit gets to consumers in premium condition,” Michael Fox said. 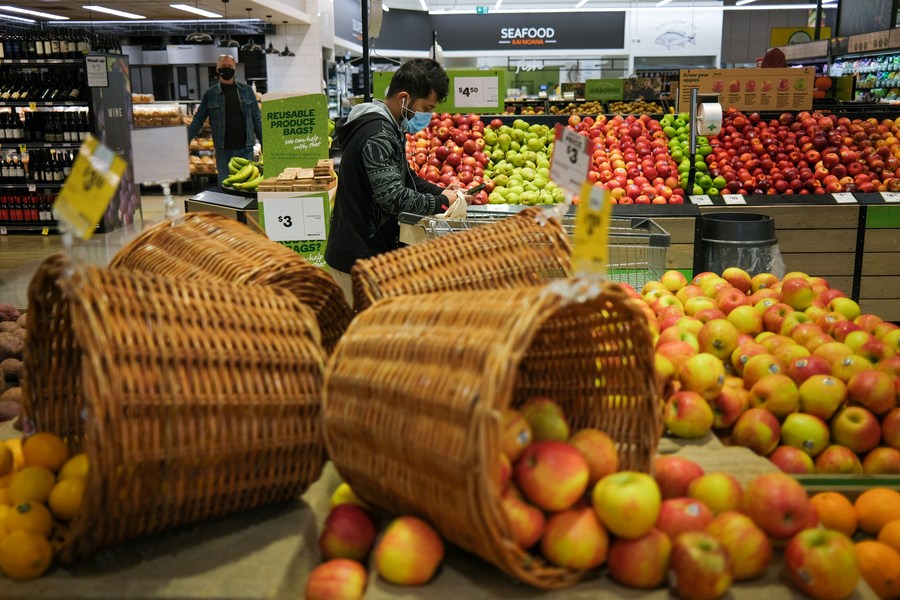 To Fonterra, New Zealand’s dairy giant, figures released show that Fonterra Greater China created more than 600 jobs in China, and the revenue from Greater China Fonterra accounts for over one third of Fonterra’s global revenue for the 2021 Financial Year.

“Fonterra welcomes the entry into force of the upgrade to the New Zealand-China FTA,” Justine Arroll, Fonterra general manager of Trade Strategy & Stakeholder Affairs commented, adding that the remaining safeguards for skimmed milk powder, whole milk powder and concentrated cream to be completely removed on Jan. 1, 2024, at which point all New Zealand dairy will enter China duty and safeguard free. 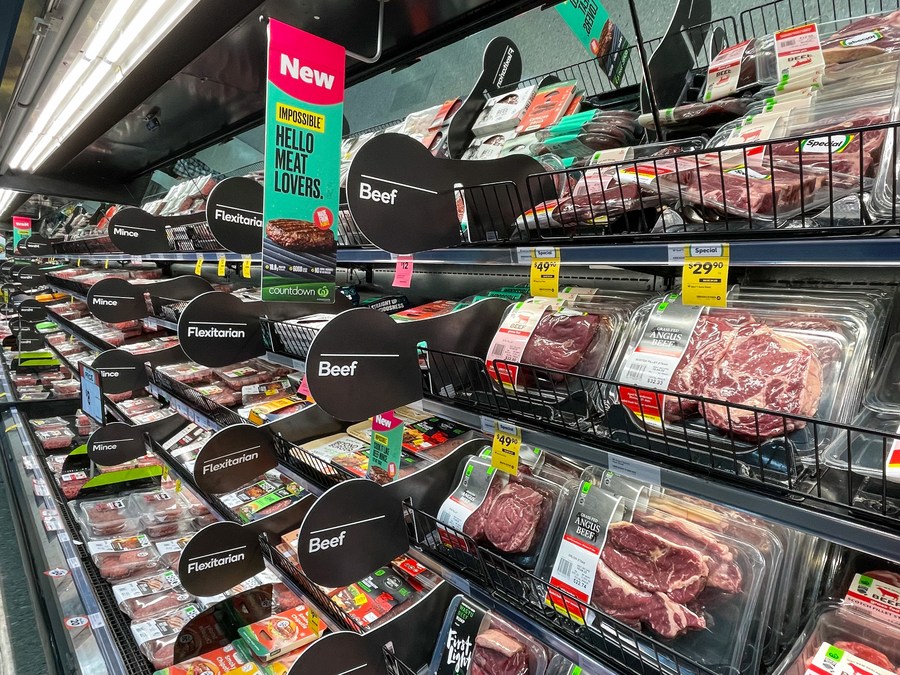 Meat products are seen on shelves at a supermarket in Wellington, New Zealand on April 8, 2022. (Xinhua/Guo Lei)

China serves as the largest export market for New Zealand’s dairy, meat and woods products. China is also the largest source of trade surplus for New Zealand. Huang pointed out the upgrade protocols not only further demonstrate the vitality, resilience and potential of bilateral trade cooperation, but also showcase the two countries’ common commitment to working together in support of multilateralism and free trade.